Scott Jones, vice president for scientific affairs at QualTex Laboratories, will be presenting about the growing threat of hepatitis E at a meeting of major blood bank associations in June.

Jones will lead an industry workshop at the joint meeting of the South Central Association of Blood Banks and the California Blood Bank Society, taking place June 2-5 in Las Vegas.

His seminar, “Hepatitis E Virus: New Implications of an Old Infection,” will be on June 2.

“The focus is to go over the history of hepatitis E – what’s known nowadays, what are the concerns, what is the risk of transfusion-transmitted disease,” Jones said. “We will also discuss the assay system we have and show data where we have tested whole blood and source plasma samples with our system.”

Jones and his team have developed nucleic acid testing assays (NAT) for Parvovirus B19 and the Hepatitis A virus at QualTex, and the team has developed one of the first assay systems available for detecting Hepatitis E virus in blood products.

The effects of Hepatitis E normally are mild unless a patient has a pre-existing liver disease, is pregnant or has a suppressed immune system. But more-serious symptoms – similar to those from Hepatitis C – are becoming more and more common, he said.

The World Health Organization estimates there are 20 million Hepatitis E infections a year, with 57,000 related deaths.Until recently, Hepatitis E was thought to be limited to developing countries.

“But now, the people who are really worried about it are in Western Europe,” Jones said. “It’s a big issue and there seems to be a potential for high positive rates for it in the United Kingdom and Germany.”

Without an assay for screening donations for Hepatitis E virus, blood banks in Western Europe run the risk of accidentally transmitting the disease. Many technologies used for processing plasma today do not inactivate the virus, a major concern for the plasma industry.

Jones said he spoke with a physician from Ireland during a recent tour of BioBridge Global facilities, and she expressed serious concern about Hepatitis E.

“She said they are seeing more transfusion-generated issues with HEV than they are with Hepatitis C virus,” he said. “That’s why there’s a big issue with it.”

European countries do not require testing donated blood for Hepatitis E virus as of yet, but the concept is under consideration.

“(Our workshop) is really more to raise awareness, to have people think about it, because it’s a virus and a possible test that’s coming down the road,” he said.

About QualTex Laboratories: QualTex Laboratories is a nonprofit affiliate of BioBridge Global that provides state-of-the-art biologic testing services on whole blood, plasma and human cells, tissue, and cellular- and tissue-based products (HCT/P) for its global biotechnology and biopharmaceutical customers. It’s one of the nation’s largest nonprofit testing laboratories and has locations in Texas and Georgia. Visit us at qualtexlabs.org.

About BioBridge Global: BioBridge Global (BBG) is a San Antonio, Texas-based nonprofit corporation that offers diverse services through its subsidiaries – the South Texas Blood & Tissue Center, QualTex Laboratories, GenCure and the Blood & Tissue Center Foundation. BBG provides products and services in blood resource management, cellular therapy, donated umbilical cord blood and human tissue as well as testing of blood, plasma and tissue products for clients in the United States and worldwide. BBG is rooted in the South Texas Blood & Tissue Center, which has a proud history of serving the South Texas region and beyond for more than 40 years. BBG is committed to supporting groundbreaking research, addressing unmet clinical needs and enabling the development and commercialization of novel biotechnology products. Visit us at www.biobridgeglobal.org. 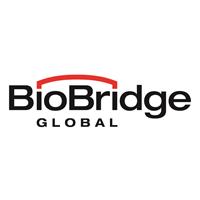