Russel Lenz, PE and COO of Raba Kistner Infrastructure, Inc. (RKI), a wholly-owned subsidiary of Raba Kistner, Inc., has announced the promotion of F. Howard Holland, PE to Vice President. With substantial experience overseeing all facets of project management, including planning, design, construction, and maintenance, Mr. Holland is responsible for all areas of project operations for the Infrastructure group of Raba Kistner, including employee and corporate leadership, operational oversight, and project development and management.

Prior to joining RKI, Mr. Holland had a significant career with the Texas Department of Transportation (TxDOT).  In his more than 24 years with the organization, Mr. Holland served in numerous positions including District Engineer in Amarillo before retiring as the Director of the Maintenance Division in Austin.

“Raba Kistner Infrastructure is very excited to have Mr. Holland as a leader of our team,” said Lenz.  “Mr. Holland has had success on many significant projects in his career with TxDOT, holding numerous technical, managerial and executive level positions. In addition, his leadership since he joined the RKI team has been exemplary.  His experience and expertise in the development and delivery of transportation projects make him an excellent addition to our team.”

Mr. Holland is a graduate of Texas A&M University and a licensed PE in the state of Texas. 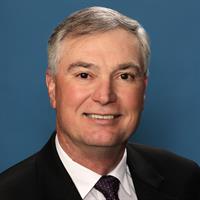