Luis Lopez, whose dedication to the program was described as “relentless,” has been honored with the Awareness Award from the National Marrow Donor Program.

Lopez, who has helped add more than 1,800 South Texans to the national bone marrow registry, was recognized at the NMDP/Be The Match national council meeting in Minneapolis on Nov. 6.

“This really means a lot,” Lopez said. “And I have not even started yet. I have more goals and more visions for events down the road, to make a difference.”

The NMDP/Be The Match Awards recognize individuals, groups and organizations supporting the organization’s goals. The Awareness Award is given for “exceptional achievement in educating and engaging target audiences.”

Be The Match assists patients in need of bone marrow and umbilical cord blood transplants, and it operates the Be The Match Registry, the world’s largest listing of potential bone marrow donors and donated cord blood units.
San Antonio-based GenCure, which is a subsidiary of BioBridge Global, works with Be The Match to build the registry through the GenCure Marrow Donor Program.

Lopez, who is from Brownsville, will be in San Antonio on Friday, Nov. 13, serving as the keynote speaker for the GenCure Marrow Donor Program’s Donor Appreciation Dinner.

He became an advocate for the marrow donor program when his daughter, Lily, was diagnosed with acute lymphoblastic leukemia. She fought the disease for four years and underwent three years of chemotherapy.
Part of the therapy for leukemia can include a bone marrow transplant, which helps the body build new, healthy blood cells. But a transplant requires a genetic match.

A single match was found for Lily, but the individual declined to donate. Lily passed away on Aug. 26, 2014.
The markers required for matches for bone marrow transplants are inherited, so patients are more likely to find a match among their own races or ethnicities. Ethnic minorities are heavily under-represented in the registry.
Statistics from the NMDP indicate that Hispanic patients have a 72 percent chance of finding a match on the donor registry. African-American patients have a 66 percent chance, while Caucasians have a 93 percent chance.

“If I can prevent this from happening again, to prevent other parents from going through what we had to, it’s been worth it,” he said.

Lopez continued his efforts to support the registry after his daughter’s death.

“My daughter’s mission has become my vision now,” Lopez said. “The goal is to provide awareness here in the Valley and across South Texas.”

He has worked with the GenCure Marrow Donor Program to sponsor registration drives that have added more than 1,800 names to the registry. His efforts have been chronicled in news media stories around the world, and they have generated substantial interest on social media channels.

An agent with U.S. Immigration and Customs Enforcement, Lopez has worked tirelessly to involve fellow law enforcement officers in the Be The Match registry.

He also established the Chachalaca Ranch and Stables to support children and families with life-threatening diseases. The facility offers a no-cost venue for families to celebrate birthdays, graduations, final chemotherapy treatments and other notable events. The City of Brownsville recognized his efforts with a proclamation in October.

His efforts have inspired an author in the Rio Grande Valley to write a children’s book called “Lily’s Story,” inspired by his daughter. A musician in the area has written a song dedicated to her.

“When I think of Luis, I think of the word ‘relentless,’” said Jon Hudson, community engagement lead for the GenCure Bone Marrow Donor Program. “We’re so honored that Luis has chosen our cause and our organization to be his personal mission.”

The GenCure Marrow Donor Program Appreciation Dinner will feature a first-ever meeting between Bexar County sheriff’s deputy Ileana Reyna and the child who received a bone marrow transplant from her last year.

Reyna joined the Be The Match registry in 2008 while she was a student at San Antonio College.

About GenCure: GenCure, a Texas nonprofit corporation, focuses on regenerative medicine and uses the power of human cells and tissues to inspire hope, enhance lives and enable clinical advancements. Using processed tissue and cell-based therapies, GenCure works to connect health care requirements with innovative solutions that best serve the needs of the global patient community. Visit us at www.gencure.org.


About BioBridge Global: BioBridge Global (BBG) is a San Antonio, Texas-based nonprofit corporation that offers diverse services through its subsidiaries – the South Texas Blood & Tissue Center, QualTex Laboratories, GenCure and the Blood & Tissue Center Foundation. BBG provides products and services in blood resource management, cellular therapy, donated umbilical cord blood and human tissue as well as testing of blood, plasma and tissue products for clients in the United States and worldwide. BBG is rooted in the South Texas Blood & Tissue Center, which has a proud history of serving the South Texas region and beyond for more than 40 years. BBG is committed to supporting groundbreaking research, addressing unmet clinical needs and enabling the development and commercialization of novel biotechnology products. Visit us at www.biobridgeglobal.org. 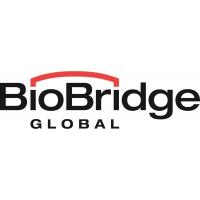