The Valero Texas Open, together with the PGA TOUR Wives Association, is excited to announce the addition of Game Show Night, a fun and engaging dinner event that will be held at the JW Marriott San Antonio Hill Country Resort & Spa on Monday, April 18, as a part of the Valero Texas Open tournament week activities.

Proceeds from this event support PGA TOUR Wives Association initiatives and Valero Texas Open’s annual fundraiser, Birdies for Charity®. PGA TOUR Wives Association supports needy children and their families throughout the country through hands-on community outreach events and monetary donations. Birdies for Charity® is a no-cost program that gives 100% of the funds raised to the participating charities and schools. All funds are generated by soliciting pledges from individuals and corporations which maximizes donations for charities through financial incentives funded by tournament proceeds.

Game Show Night will provide sponsors and guests an intimate and exclusive forum to interact with PGA TOUR players and their spouses. During the Game Show Night, VIP guests will enjoy socializing at a cocktail reception and plated dinner followed with entertainment led by PGA TOUR professionals and their spouses. They will participate in three game show formats-- Family Feud, the “Not So” Newlywed Game, and Win, Lose or Draw -- giving those in attendance a glimpse of the true personalities of these widely recognized athletes.

Tables of 10 are now available for purchase to entertain guests, clients or business associates, with a select number of tables to include a PGA TOUR professional and his spouse during dinner. Please contact (210) 345-3818 to secure your table and a chance to dine with a PGA TOUR professional competing in the Valero Texas Open. Detailed information for all sponsorship opportunities can be found on the tournament website.

In addition, individuals can purchase a ticket granting access to a pre-show reception including hors d'oeuvres and non-alcoholic beverages with seating in the “Live Studio Audience” for $100 per person at www.ValeroTexasOpen.com/tickets.

ABOUT THE VALERO TEXAS OPEN
The Valero Texas Open is the 6th oldest professional tournament in golf world-wide, the 3rd oldest on the PGA TOUR and the longest held in the same city. In 2012, the tournament celebrated its 90th anniversary.

The Valero Texas Open is always driven by its charitable mission - to give back to the community. In the tournament’s previous 92-year history through 2014, $94.5 Million had been raised for charity -- $90.5 Million of which had been raised since Valero became the title sponsor in 2002. The 2015 tournament raised $10.4 million for charity, making us proud yet humbled to become only the fourth PGA TOUR event to eclipse the $100 Million milestone in funds raised for charity. 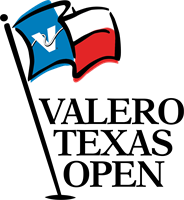